amazon.com
See it
Price history
×
Last Amazon price update was: 11/28/2022 8:13 pm
× Product prices and availability are accurate as of the date/time indicated and are subject to change. Any price and availability information displayed on Amazon.com (Amazon.in, Amazon.co.uk, Amazon.de, etc) at the time of purchase will apply to the purchase of this product.
Last updated on 11/28/2022 8:13 pm
EAN: 0044972495488 SKU: B007GE75HY Category: Toys & Activities
Add your review
14 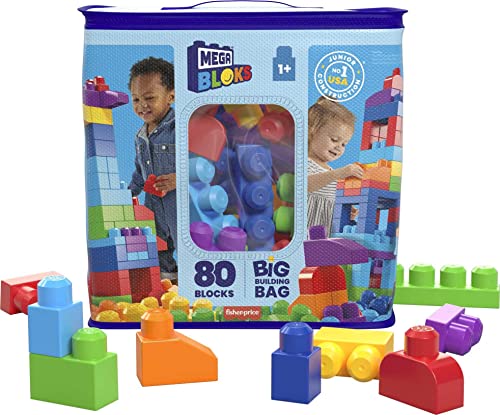 amazon.com
See it
Price history
×
Last Amazon price update was: 11/28/2022 8:13 pm
× Product prices and availability are accurate as of the date/time indicated and are subject to change. Any price and availability information displayed on Amazon.com (Amazon.in, Amazon.co.uk, Amazon.de, etc) at the time of purchase will apply to the purchase of this product.

Added to wishlistRemoved from wishlist 0
Add to compare
Uncategorized

Opened up the bag of bloks and was surprised to find what appears to be mold inside one of them. Totally disappointed. My toddler was going to play with these, now I can't trust them.
L. E. VanDyke - January 29, 2018
I bought these blocks for my son for his birthday. The first time we played with them, I dumped the bag on the floor to take out the blocks. I look up and see my son spit something out and it was one of the rings pictured! The tiny rings do not go to anything - no idea why or how they got into the bag. My son could have choked. Inspect the bag before playing with these.
L. E. VanDyke - December 4, 2017
The media could not be loaded.  14 months old, she can't really build things, yet, but she likes emptying the bag, and picking up pieces, and occasionally she gets some connected. In a couple of months it'll be a different story, she's catching on quickly.Not sure about the people who said they were too small and their infant would swallow them; you can see the size of the single pieces in my daughter's hands, they're too big for her to get in her mouth at 14 months and she's like the 98th percentile for height.
Amazon Customer - July 17, 2017
They’re SOOOO LOOSE!!! I bought TWO bags and none of the blocks stick together, and everything my child builds falls apart easily ! Very hard for him to play with. I’d return them if I knew how to! Created a lot of frustration for my child.
Amazon Customer - August 8, 2018
Pro:On one hand, they do give the baby something to throw/do.They are large enough to easily see and avoid stepping on.They don't hurt as much as legos when you accidentally step on them anyway.Con:But on the other hand, they are pretty bad for actual building, because the connections are so terrible. Some of the blocks have a proper fit and do a better job of staying connected, but that is not true for the majority. Most of them have bad connections and won't even hold up their own weight.
Nick - June 26, 2018
I don’t know If it’s normal and purposely made so that the blocks fit together loosely. If he tries to pick up his tower it falls apart. He is 18 months old and can build a basic unplanned structure. He gets frustrated when it crumbles so easily. Fitting a smidgen tighter would still allow him to put them together easily but they wouldn’t fall part at the drop of a hat or in the case a block. They are smooth and sturdy with bright wonderful colors. The blocks arrived on time in a sturdy zippered bag for storage. I thought that we would love them but so far they are more of a disappointment.
Nick - January 11, 2019
Determined to be the 'cool' aunt I'm mostly waiting for the family's first nephew to grow up enough to buy REALLY cool stuff for. The baby stage has left me nonplussed as far as interesting things, This, was actually a hit. When he's older he will be getting books and science kits and creation toys out the yinyang but I was determined that I not just get him some colorful thing that makes noise for Christmas. I was thrilled to find blocks that were big enough to a 1year old to be safe with and are really something he can grow along with as these are 1-5. The kit contains enough to make the giraffe that's on the package (his dad is a big kid and had to find out immediately so dad and grandpa had fun after the nephew passed out asleep. Still Elliott seemed to enjoy these and they held his attention pretty well. He is 13 months and while he isn't quite able to pull locked bricks apart on his ownh e has grasped putting them together, and I think he and Dad will be building things in no time. We will probably add several bags of blocks to his collection as soon as he knows what hes doing a little better. At the price I see now reason not to get him a giant Rubbermaid tub to fill with them.
Mimi - January 2, 2017
My 2 year old son and 1 year old daughter absolutely love these! They spend hours playing with these and as a family me and my husband and the kids build things together. The great things about them is that they are large so they aren't a choke hazard. My daughter will sometimes try to put these in her mouth so we are happy that we don't have to worry about that with these jumbo sized blocks. The blocks are colorful and are made of good quality plastic so you don't have to worry about small pieces or worry about them breaking and being harmful. These are highly recommended and very much worth every penny. Probably the best toy I have bought for my kids in a while.
Tony - December 17, 2016

Added to wishlistRemoved from wishlist 37
Add to compare
Toys & Activities